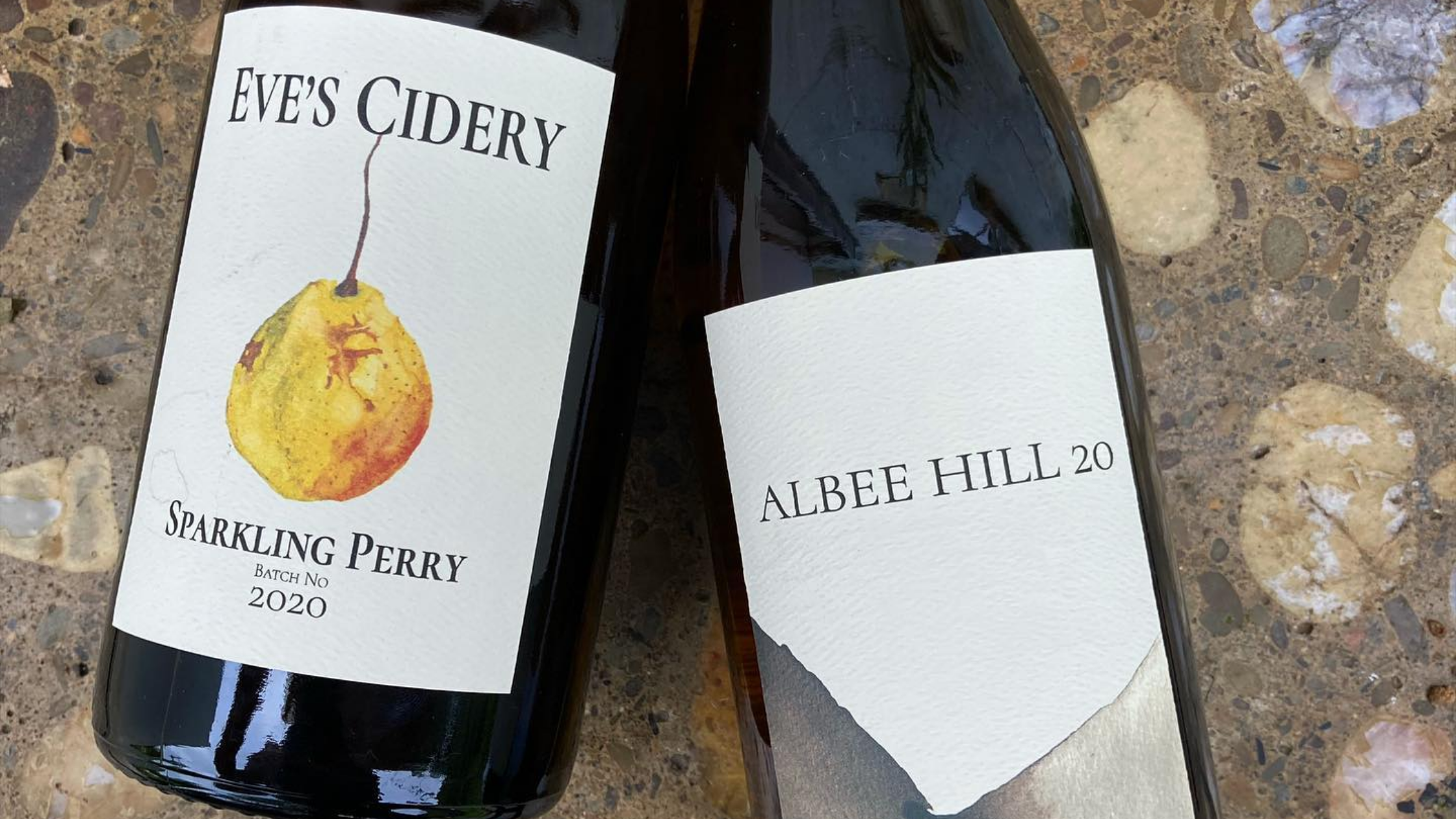 Though we tend to only get 1-2 weeks of perfect, bright, sunny Fall in Upstate New York, what a glorious 1-2 weeks that is! We’re right smack dab in between 80 degree days with 5000% humidity and 2 feet of snow with -30 degree wind chill. It’s great. But Fall always reminds us of important things: enjoy the foliage, pick some pumpkins, eat some donuts and DRINK AN INSANE AMOUNT OF CIDER.

Cider (the alcoholic kind) is broadly understood to be a beverage made from fermented pomes. Botanically speaking, pomes belong to the rose or rosaceae family. Some pomes you may be familiar with are apples (including crab apples), pears, quince, hawthorne, and serviceberry (also known as corms or sorbs). You can make cider out of any of these. Apples obviously the most prominent, but there is a long history of pear cider going back to Roman times, then perfected in Normandy before making their way to England.

Pears are interesting for cider-making for a few reasons. One is that pears produce sorbitol, a sugar that is not fermentable. Therefore, there is often a subtle sweetness to pear ciders or perries (pear cider is made from both apples and pears; perry is made from only pears).  This also produces a fuller body and softer mouthfeel. Additionally, there is less tannin than in apple cider, so Perry is great for those who like off-dry/semi-sweet wine.

Pear trees also require a lot more love than apple trees. A “fruit of labor” if you will. They grow much slower than apple trees (in fact they take much longer to produce usable fruit, meaning the new trees aren’t ready until one’s children are adults:  “pears for heirs”), are much more prone to disease, and are too big to use disease control agents effectively. The fruit must be picked by hand and unlike apples, pears must ripen after they are picked. They are finicky and labor intensive, but fortunately are inherently delicious.

We’re also fortunate that Perry still exists at all. Fire blight ravished pear orchards throughout the mid-20th century. It’s only in the last 15 years that Perry has made a comeback. We’re currently offering 3 pear ciders from some of the top producers -- but given that it’s International Women’s Month, let’s focus on the 2020 Eve’s Cidery Sparkling Perry.

Brief info on who Eve’s Cidery is

Eve’s Cidery exists because of Autumn Stoscheck. She and her partner, Ezra Sherman, together with James Cummins are the power behind planning, planting, and caring for the orchard. They are careful to utilize regenerative farming practices and avoid harmful chemical inputs as they tend their trees. As the current stewards of traditional Haudenosaunee land at the intersection of the Southern Finger Lakes and the Northern Appalachian Plateau.  Though they lost their own pear trees to fire blight a few years back, they have found an ample supply of wild pear trees near their property which they forage.

This dry, naturally sparkling perry offers notes of floral aromas of lilac and flavors of yellow peach and dried grains. It pairs wonderfully with a meal of grilled shishito peppers, creamy potato salad with dill, and walleye baked with fennel and chard.