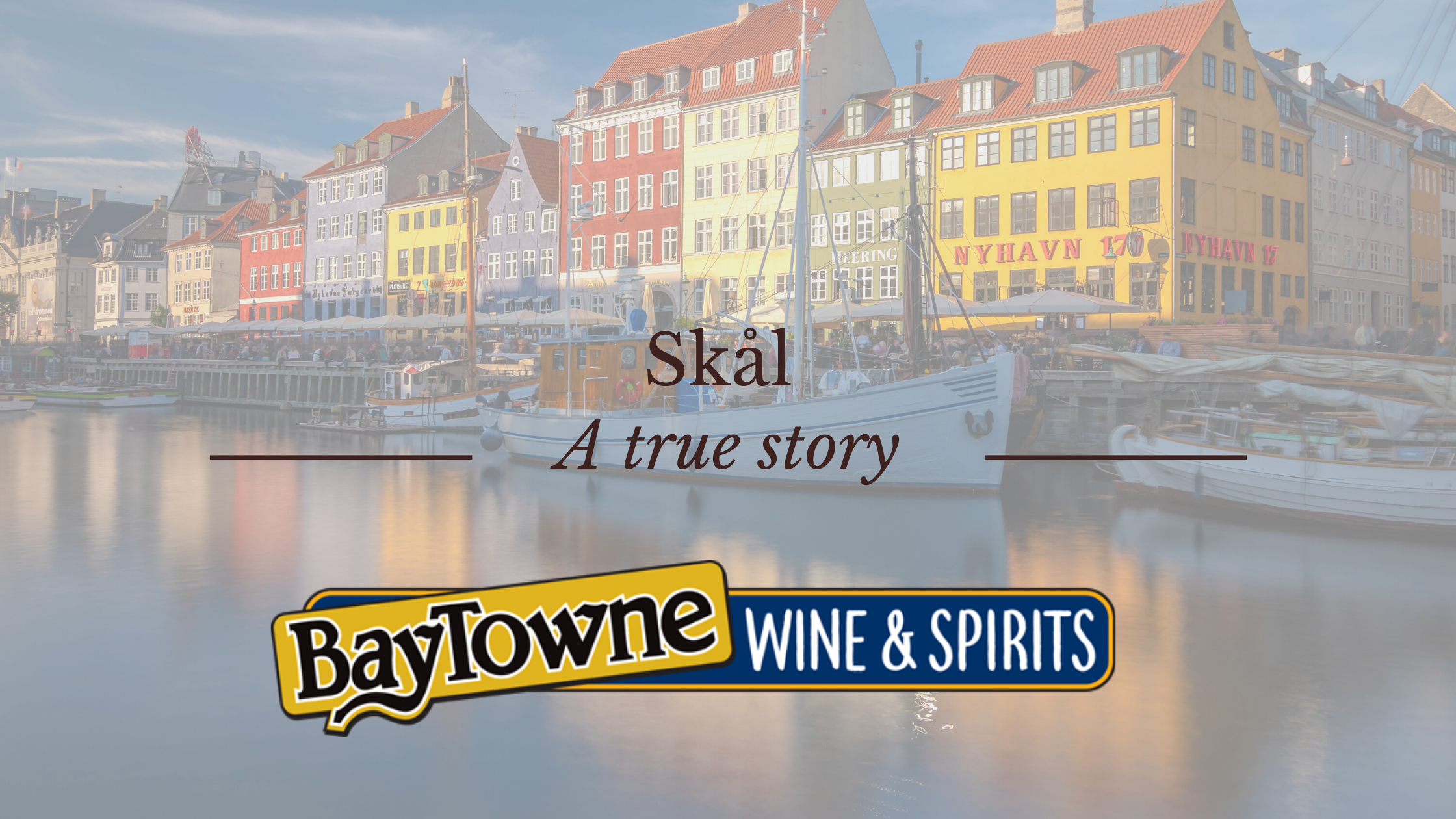 The task was to regroup behind the Old Church on Graben St. There were four of us, five if you counted Johannes, but he had torn his knee and could no longer run as he could when I first met him. And he was young and brave, and the Church was dark and icy from days of snow. And it sloped down toward a road and there were many Krampi on the road. And the idea was to hide in the cellar and if we could stay quiet we would live to see morning.

I suppose it’s no surprise that Denmark consumes the most alcohol per person in the world. Tangibly, it provides warmth during the harsh winters – as it has for thousands of years. It has also been vital in forging social bonds in the small, cold-climate pastoral communities throughout Europe.

Wine, ale, and mead have been brewed in Denmark since before the Viking Age[1]. Even babies have been given their own fermented beverage – øllebrød[2] – for centuries. Aquavit has become a staple since distillation methods were first brought to Northern Europe in the 15th Century. Despite their affinity for alcohol, the Danish have overlooked one major category – Whisky – at least until now.

Stauning is the oldest Whisky Distillery in Denmark – the ripe old age of 16 years. Founded in 2005 by 9 friends with no prior whisky distilling experience, Stauning was created on the foundation of experimentation, curiosity, and locality. Barley from local farms. Floor malting in their own distillery (a converted butcher shop). Peat and barley smoked in the village museum. An old meat mincer was used for milling. Stauning is Danish to a fault, producing young, terroir-focused, distinct whisky.

We left the Church at first light, not knowing if a Krampus should snatch us, but we did not fear death as no one should who is brave and true. And with courage and grit we raced home in the snowy mist, our faith full with our good deeds of that year. But Thomas was the first to go, for he had disobeyed his mother once too many, and the Krampus was upon him before we could smell its musky fur or feel its humid breath on the back of our necks. And our legs were thwacked and welted for our more minor sins as Thomas was hauled away.

Growing in popularity, Stauning upgraded to a new, modern distillery in 2015. Though the capacity was increased tenfold, their methods didn’t change. 24 small stills that are all direct-fired; open floor malting with everything still sourced locally. Stauning remains a 100% Danish whisky with the entire process still in the hands of the distillery itself.

Currently, they produce 3 standard bottlings: Smoke, Rye, and Kaos. All are non-chill filtered and made without additives.

The specific peat Stauning uses for ‘Smoke’ is pulled traditionally from the ancient Bølling Lake. Local heather[3] sourced from nearby Ringkøbing Fjord is used to smoke the whisky. It is aged in a combination of casks: first-fill bourbon casks, first-fill Madeira casks, first-fill Jamaican rum casks, and virgin American Oak casks.

Hay, woody smoke, and a touch of lemon fill the nose, with more wood smoke and leather jumping out on the palate. There is a softness that comes out – bread pudding and cocoa powder with orange blossom and yellow apple lingering through the back. Though there is some similarity with Islay Scotch, this is, unsurprisingly, a singular whisky. Great for both well-seasoned peat lovers and those dipping their toes in the water for the first time.

“A liquid interpretation of Danish Rye bread,” as Stauning calls it. Dried Anjou pear, walnut, yellow apple lead the way for a foundation of rye grain and a finish of dill and caraway. Again, a singular expression here – though there is a heavy rye taste, it is drier and nuttier than other rye whiskies. If you can imagine being in a 9th Century Viking hut, I would think this is what it would smell like!

Kaos is a blend of the Rye and Smoke whiskies. It has an inherent sweetness that balances with a light, raspy smoke. White flower, cereal grain, nectarine, and hazelnut come through on the palate with a salty, citrusy finish. Kaos is a good entry into the Stauning lineup, giving you a little bit of everything and encouraging you to explore more. Skal[4]!

There’s nothing fine and noble about dying in the mud unless you die gracefully. And then it's not only noble but brave. And Peter and Catherine were not mourned, for they had been brave and had looked death squarely in the face. At midday the gray snow had fluttered away and the air was bright and warm and we ate ginger crisps and took stock of our wares. The Neighborhood children who had left it brandy had been clawed away, eternally damned. And the brandy had soured and was left cold and still in the old wooden goblets. But ours were empty and dry for we had left the Krampus whisky instead. And the whisky was warm and inviting and its aromas lingered wistfully in the air.

[1] Also Syra – fermented milk. Which is exactly as tasty as it sounds.

[2] As far as I can tell, a mixture of old bread and beer. Again, as tasty as it sounds.

[3] Heather smoke adds a sweet floral note to the whisky and is typical of heavily smoked Islay Scotch.

[4] The Nordic version of “Cheers!” but a bit more unsettling